Joseph and Bernard Steinkamp carried on the family tradition of their grandfather and father, designing at least 300 structures in and around the Cincinnati area and as far away as Charleston, West Virginia.

Some of the more well-known structures in the Cincinnati area include the Mercantile Library Building where they had their offices for 40 years, the Hotel Metropole, now the 21c Museum Hotel, and the American Building, which now houses high-end condominiums.

In this book, you’ll also learn:

– Some of their most beautiful work was for the early Xavier College buildings in Avondale that included seven administration and school buildings in addition to the field house and the football stadium.

– Over the span of their careers, they designed several Catholic schools and churches, including St. William Church in Price Hill, St. Mark’s Church in Evanston, and Our Lady of Mercy Church in Dayton. Their work included the beautiful chapel at St. Ursula Academy in Walnut Hills.

– Starting at the end of the 19th century, they partnered with Thomas Emery’s Sons by designing many large “streetcar” apartments in Walnut Hills, Avondale, Cli on and elsewhere that allowed the populace of Cincinnati to move up the steep hills and away from the dirt and smells of downtown.

– The brothers helped Barney Kroger expand by designing bakeries and several grocery stores for him when the company was growing at the turn of the century.

– They also designed a number of commercial businesses, factories, and garages around Cincinnati. Some are still standing and have been converted to apartments, condominiums, or restaurants. 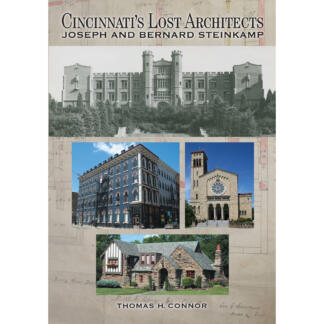