For Honor and Love

In stock (can be backordered)

“For Honor and Love” is a gripping story of World War II on the home front in Oxford, Ohio, the home of Miami University, and in the Pacific aboard a U.S. submarine. On December 7, 1941, Japanese carrier-based aircraft, without warning, suddenly attacked Pearl Harbor, a day that became known as the day of infamy. Those two hours over Oahu changed the lives of all Americans, including two young Miami students who had fallen in love. He joins the Navy and serves in submarines, the first to take the attack to the enemy. She remains at home in Oxford and becomes a reporter for The Oxford Press and tells the story of how America went to war at home. It is an engaging story of honor and love based on historical events that will keep you turning to the next page.

Be the first to review “For Honor and Love” Cancel reply 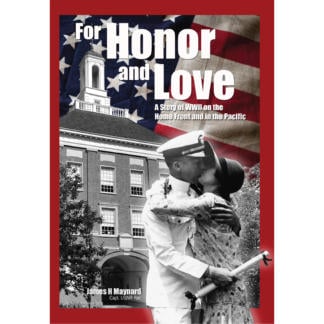