Non-violent resistance is a psychic equipoise so deeply rooted and so persistently pervasive that no display of brutality, however severe or how sustained, possesses the power to shatter it.

Non–violent resistance is an emotional intelligence which remains inwardly serene and externally dignified regardless of the fluctuation of worldly events.

Non-violence is non-reactive. It is a calmness of character and clarity of purpose which remain immune to the most wicked and viscous of bigotries and hates.

The orphaned author of this book learned as a child this “peace that passes understanding” by observing and befriending the aging African-American woman who was her caregiver, mentor, and spiritual guide.

No reader will fail to be touched by the elemental trust and transcendent love which flowed between one little white girl and one humble servant during the two decades before the Civil Rights Act.

A powerful story of innocence coming of age in a world wracked by racial inequality, ‘One Little Life’ will impact all those who appreciate that the door to ‘the kingdom of heaven’ opens wide for children of all ages and all races, a story which has the potential to plunge the reader into deeper depths of compassion, empathy, and respect for all.

As an adult, Miss Seymour-Winfield wrote ‘Images Old and New,’ her book on the Judeo/Christian mystical tradition, whose lofty spiritual perspectives can be traced back to the simple truths she learned from this descendant of slaves.

1 review for One Little Life 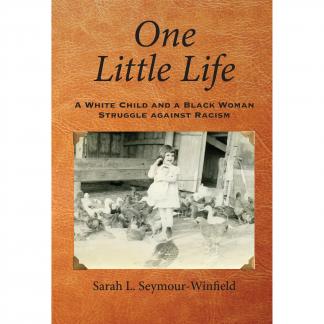