Who were The Originals?

Based on personal interviews with the nine who were still alive as of 2000, on papers and diaries, and on interviews and correspondence with descendants and others who knew them. This book tells the story of the WAFS, who they were, how they are different from the WASPs (Women Airforce Service Pilots), and how they ultimately became part of the WASPs. A must reference book for libraries in aviation communities, but it reads like a novel.

Be the first to review “The Originals: The Women’s Auxiliary Ferrying Squadron of World War II” Cancel reply 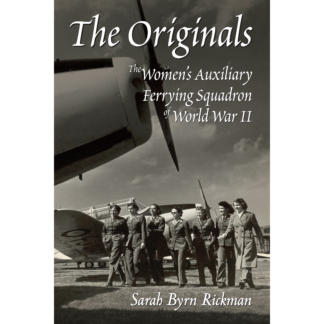 You're viewing: The Originals: The Women’s Auxiliary Ferrying Squadron of World War II $22.95
Add to cart