A common misconception reinforced over the centuries is that mystical experiences are possible only for vowed Religious.

“Images Old and New” takes mysticism out from behind monastic walls and introduces this potential into the life experience of ordinary people. By a simple superimposition of familiar Old and New Testament passages which have not been previously paired, the sincere reader perceives God not as a static creedal belief, but as a dynamic living Essence.

Not for the spiritually timid or the psychologically frail, this volume enables readers to climb the mountain of God from the security of an armchair, to peer into the immensities of the immortal from the summit of a spiritual Everest they had never before thought possible to attain.

‘…an exploration of the mystical journey into the wonder and mystery of God.’ The Rev. Dr. Thomas E. Boomershine, Professor of New Testament Emeritus, United Theological Seminary

‘I am overcome by the beauty of Images Old and New.’ The Archives of Thomas Merton

‘…a spiritual treasure…jet fuel for the seeking soul…a majestic work… for the spiritual adept. Bravo!’ Review on Amazon

‘…challenges the reader to confront the Western philosophical and religious tradition from Hesiod’s Theogony to the existential world of Kierkegaard, and craft a spiritual alternative in the postmodern world…I strongly recommend that this invitation be accepted, and the journey commence.’ Dr. John J. Walsh III, Philosophy and Classical Languages

‘…a work of love, a dramatic tour de force…Deserves to stand among the ‘greats’ of spiritual literature.’ Karen Karper Fredette, Raven’s Bread Ministries

‘This textbook is heavy, expensive and long, but I’m keeping my hardback forever.’ Student in the Religious Studies Department at the University of Dayton, Ohio 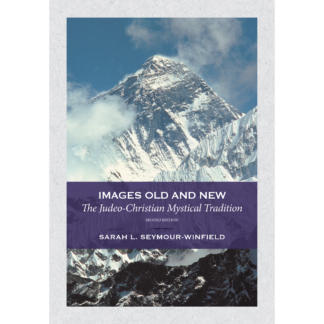