The soldiers are coming home to one of the country’s deepest recessions. The unemployment rate is double digits. Unrest and demonstrations are rampant in every major U.S. city. It’s the summer of 1973 and the Viet Nam War is coming to an end while the Watergate presidential scandal is just getting started. Against this back drop, six year old CeCe lives with her grandmother and older brother Liam on a small farm outside of Seattle while her widowed father is on the other side of the world helping to pioneer global air travel. The isolated farm has not been modernized since the nineteen fifties. Daily life with Grandma Grace stands in stark contrast to the turbulence of the times and the amazing breakthroughs of the American aviation and space industries.

CeCe and her brother rescue a fledgling crow from feral cats and Blackie the Crow becomes the most amazing pet as they learn to care for him. Like the fledgling crow, CeCe is surrounded by extended family and friends who help care for her while she struggles to learn about the mother she never knew and to understand why her WWII War Hero father is so distant. A veteran from a different war – the Vietnam War – crosses paths with Ce Ce that summer to change her life forever.

MARIAN JAMES grew up in Seattle, Denver and the San Francisco Bay Area before settling in northern Kentucky as an adult. She has been a product designer, marketer and business woman for over thirty years; traveling the world and meeting all kinds of fascinating people. She has only recently begun to pursue her dream as a writer. This is the first novel. Please visit her at www.marianjames.net.

Be the first to review “Fledgling Crow” Cancel reply 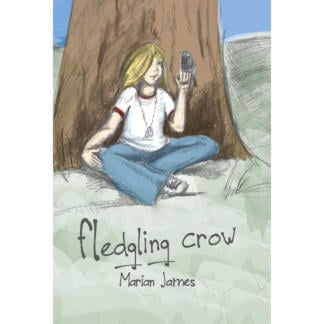